9 days from Luang Prabang to Viangchan

14 days from Medan to Denpasar 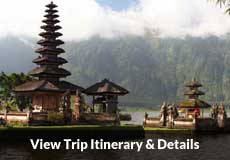 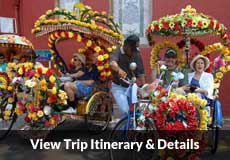 This 15-day Vietnam Tour begins in the beautiful Hanoi with its sprawling lakes, beaches and parks. You will be quick to examine the magnificence… Read more 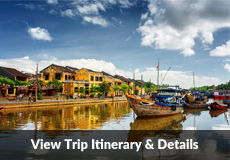 15 days from Singapore to Bangkok

On this itinerary we scatter the ashes of the last Allied ex-POW soldier to be buried in Thailand, and perhaps the last ex-POW WWII soldier to be… Read more 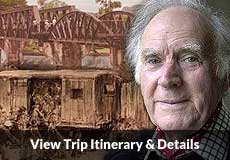 18 days from Jakarta to Jayapura 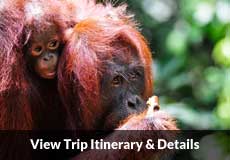 20 days from Hanoi to Siem Reap

Our Vietnam and Cambodia tours explore the beauty of Vietnam from the Forbidden Purple City to the soaring mountains of Ha Long Bay. In Cambodia, we… Read more 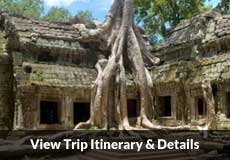 This 22-day Laos & Vietnam tour will give you the chance to discover the relentless beauty of Laos and Vietnam. Laos' rich history, matched with… Read more 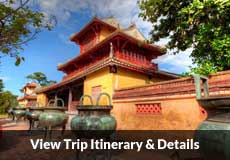 24 days from Guam to Apia

This South Pacific Explorer Tour has an itinerary like no other -- 100% unique! We explore an amazing array of islands in the South Pacific,… Read more 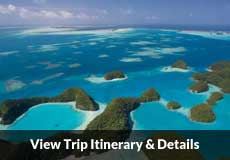 Our Laos, Vietnam & Cambodia tour starts at Luang Prabang, Laos, which has a vast array of colonial era buildings that are interspersed with many… Read more 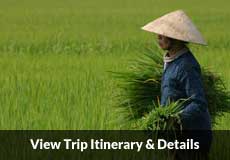 27 days from Kuala Lumpur to Denpasar

Diverse doesn't begin to describe the wonders in store during this 27 day Malaysia and Indonesia tour. National parks teeming with wildlife, the… Read more 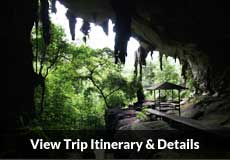 Southeast Asia Group Tours by Adventures Abroad: The tropical regions of Southeast Asia have long been a staple for those seeking an exotic escape. Visions of the lone worker tending to terraced rice fields of Vietnam pull on the heartstrings. Dreams of wandering the crumbling temple complexes like those at Angkor Wat in Cambodia have inspired for generations. From the Golden City of Mandalay to the ancient city of Bagan, with over 2,000 temples to the island paradise of Indonesia's 17,000 islands. On Southeast Asia tours, there is no shortage to see and do.

Wedged between two superpowers, China and India, much of Southeast Asia's history was influenced by these two nations. Trade routes often dominated early interactions, however, the meetings between these nations brought along an exchange of many ideas and notably religions.

India first made its way into Myanmar in the 1st century and legend has it that two Burmese merchants travelled to India and met the Buddha under the sacred bodhi tree. This interaction later inspired one of the most impressive Buddhist monuments in the world, the complexes at Bagan. Other notable buildings are on Mount Kyaiktiyo, the third most important Buddhist pilgrimage site in Burma after the Shwedagon Pagoda and the Mahamuni Pagoda.

Around the same time in the eastern nations, China's influence was far reaching in Vietnam's land, however, the religious influences of India were also abundant. The Chams adopted many Indian customs which are visible in structures such as My Son near Hoi An.

Throughout Southeast Asia many religious and royal rivalries started appearing as time went on. The expansion of trade in maritime routes meant many more coastal cities began emerging. With safe harbours easily set up in the Mekong Delta and Red Rivers of Vietnam, expansion stretched as far as Indonesia'Âs Sumatra and Java islands. Singapore was placed well in the centre of all trade routes between China and India therefore an emerging merchant centre in Malacca appeared which would also serve as an important centre for the European colonizers in the later centuries.

Along with a rich and deep history, Southeast Asia tours also highlight the natural beauty and wildlife of the region. Borneo has the Sepilok Orangutans, the largest orangutan sanctuary in the world. Nearby is the high Mt. Kinabalu, home to some of the 24 species of flowering rhododendron, 10 species of carnivorous pitcher plants, an estimated 1,400 species of orchid, over 600 species of fern, and more than 40 species of oak and over 300 bird species.

Across the South China Sea sits the majestic islands of the Philippines. The Puerto Princesa Subterranean River National Park, one of the most important biodiversity conservation areas of the Philippines, features a spectacular limestone or karst landscape that contains an 8.2 km long underground river.

Southeast Asia tours can lead you to bustling capital cities like Bangkok in Thailand, where city craftsmen earn their living by selling hand-made crafts in the massive market places near the Grand Palace and Wat Po. Or tours can take you to the charming imperial capitals such as Luang Probang in Laos, nicknamed the 'land of a million elephants.'

One thing is certain, the tour will definitely be interesting.