8 days from Amman to Amman

Amman, the modern yet ancient capital city of Jordan, is our entry point on this memorable eight-day Jordan tour; a country brimming with Biblical… Read more 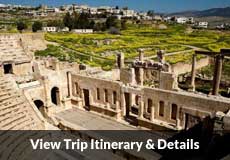 10 days from Tel Aviv to Jerusalem

Touching down in Tel Aviv, we begin our exciting 10-day Israel tour by exploring the many museums and attractions in this modern city with a unique… Read more 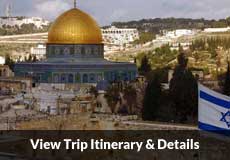 14 days from Cairo to Cairo

On our Classic Egypt tour, you'll discover a country of mythological proportion and one whose ancient civilization dates back as far as any that the… Read more 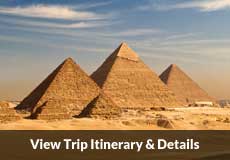 14 days from Riyadh to Jeddah

We're pleased to be returning to the Kingdom of Saudi Arabia, with a refreshed itinerary and a greatly-simplified set of entry requirements. This,… Read more 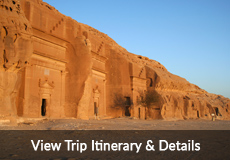 17 days from Amman to Jerusalem 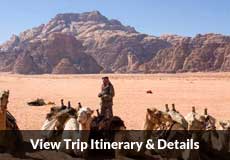 17 days from Cairo to Tel Aviv

This Egypt, Jordan and Israel tour is an exciting addition to our Middle Eastern roster of multi-country programs. Previously, our only tour… Read more 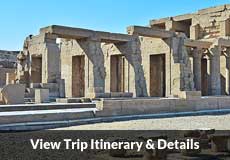 21 days from Cairo to Nairobi

For the initial 12 days of this Egypt & Kenya tour, an incredible adventure through two of Africa's most exciting destinations, we explore the many… Read more 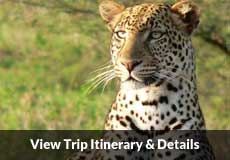 21 days from Cairo to Amman 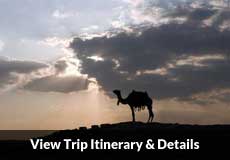 21 days from Doha to Salalah

Somewhere between the clash of a rich prehistoric culture and that of a thriving urban centre is a region quite unlike anywhere in the world. Our… Read more 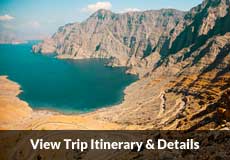 22 days from Tel Aviv to Cairo

Experience a land of timeless appeal, where cultures date back to an ancient time and are rich in their human history; a region where every corner… Read more 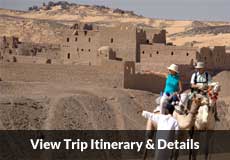 27 days from Cairo to Arusha

The initial portion of this wondrous 27-day Egypt, Kenya & Tanzania Tour is an adventure through three breathtaking countries, any one of which would… Read more 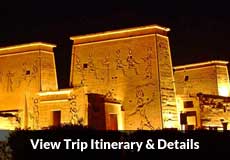 29 days from Amman to Cairo

Our Jordan, Israel and Egypt tour has an exciting itinerary stretching over a whopping 30 days, serving as one of the most comprehensive and… Read more 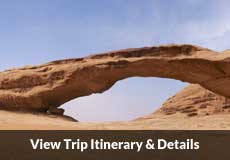 32 days from Cairo to Zanzibar

Setting down in the bustling metropolis of Cairo, Egypt, we start this extraordinary 32-day Egypt, Kenya & Tanzania tour in magnificent style with a… Read more 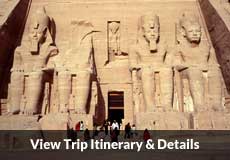 Middle East Group Tours by Adventures Abroad: Considered the cradle of civilizations, ancient empires and cultures have resided in the Middle East for thousands of years. Within the complicated weaving of history lies a region which holds some of the world's most incredible archeology sites as well as futuristic cities that wow with daring architectural projects. Middle East tours offer a chance to explore the new, the old, and the magnificent.

For some, the allure of a history that comes alive is too hard to resist. Ever since the Sumerians flourished in Mesopotamia or the Archeamids in Persian Iran, intriguing cultures have swept across the sandy landscapes throughout the Persian and Arabian Gulf. Many of the world's oldest religions have their holiest cities rest within this region, along with many ancient cultural centres that are unrivalled in the world.

Egypt as a destination is a place that awes all who explore it. With our Middle East tours, we walk among the shadows of the Great Pyramids at Giza, marvel at the 1,500 year old Karnak Temple, journey through the Valleys of Kings and Queens, and enjoy donkey and camel rides. Nearby in Jordan, one becomes speechless as they stand before the Treasury at Petra. Without a doubt, the Middle East is home to magnificent pillars of history from the Egyptian Pharaohs to the Roman Empire, with Jerash in Jordan proving to be one of the most magnificent Roman Empire ruins in the region.

Modern day marvels include much of the cities within the Arab Gulf States, with recent cash injections from oil and gas funding mega projects such as the recently opened museum and gallery filled island in Abu Dhabi housing the Louvre and Guggenheim's collections. Nearby is the Sheikh Zayed Grand Mosque, Abu Dhabi's most iconic landmark, which features eighty-two white domes and classic Islamic designs.

Safely stroll the streets, with a knowledgeable local who infuses tours with information about cultural customs, relevant history, and personality while showing you their country. Each day we'll employ a fun way to discover our surroundings, whether on a dhow ship in the glassy waters of Oman, an open top jeep on the dune of Jordan's Wadi Rum, a camel trek to the San Simeon Monastery of Egypt, or up an elevator to as high as we can go in the Burj Khalifa, which is Dubai's and the world's highest building.

Our Middle East tours take the opportunity to taste authentic and regional food in local restaurants. Perhaps take a break with a date with tea in Oman, determine the location of the best hummus in Israel or Palestine, try the tabouleh salad in Jordan, or the fattoush salad in Dubai, the umm ali bread pudding in Egypt, and the shawarma or shish tawook meats whenever you can.

Our tours offer the ability to go off the beaten path while garnering an intimate look at some of the world's most famous landmarks. Rest assured you'll have the full support of an experienced tour leader, a local expert, and a company with over 25 years of experience in the region.