WHAT A SITE! The Nubian Pyramids

In northern Sudan we’ll find approximately 255 of what we refer to as the Nubian pyramids, built by the rulers of the Kingdom of Kush. The Kushites have a long history in the area, and struggled with the Egyptians for dominance of the region for hundreds of years. 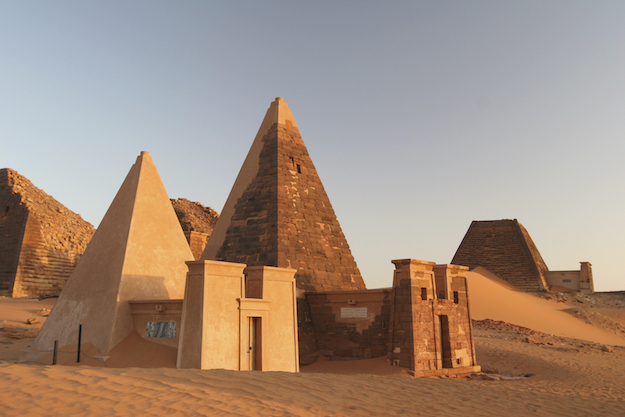 These pyramids were built around 800 years after Egypt’s pyramids, and while they’re substantially smaller, it is believed their method of construction and workmanship is similar to those of Ancient Egypt.

The Nile Valley in this region is referred to as Nubia, and three Kushite kingdoms called it home at various times in the distant past. In all, there are 255 known pyramids, which housed the remains of the royalty of Meroë and Napata.

Between the fifth and sixth cataracts of the Nile River you’ll find Nubia’s most extensive pyramid, where 40 kings and queens were buried. This pyramid, approximately 100 kilometres north of Sudan’s capital, Khartoum, was built during the Meroitic period.

Visit this and other spectacular sites on our new tour.

If the thought of travelling to Africa excites you, check out some of our other tours of East Africa, in particular our Ethiopia tours.