In his latest blog post, Dale Dunlop, The Maritime Explorer, read about his next destination right on the Mediterranean Sea under the shadow of Mount Olympos, Phaselis - Romantic Forested Ruins by the Sea. If you are interested in dates and prices for this trip please check out our Small Group Tours to Turkey.

In this post, we continue our journey through western Turkey with Adventures Abroad guide Yasemin Reis as we enter the Province of Antalya. It is as rich in archaeological sites as any area in Turkey as we will find out over the next few days. Our first stop in the province was a visit to ancient Myra where we marvelled at the Lycian rock cut tombs and gazed upon the amazing frescoes in the Basilica of St. Nicholas. Our next stop is at the Greco/Roman city of Phaselis which has a beautiful location right on the Mediterranean Sea under the shadow of Mount Olympos. Please join our group as we explore yet another great archaeological site.

Here is a map showing our route from Demre Myra to Phaselis which takes about 90 minutes, much of it right along the shores of the Mediterranean.

As we get nearer to Phaselis the looming shape of Lycian Olympos or Tahtali Dagi as it is called by the Turks, comes into view. Not to be confused with Mount Olympus in Greece which is the legendary abode of the Greek gods, you can just make out the cable car station at the very top that whisks people to the summit in just ten minutes. 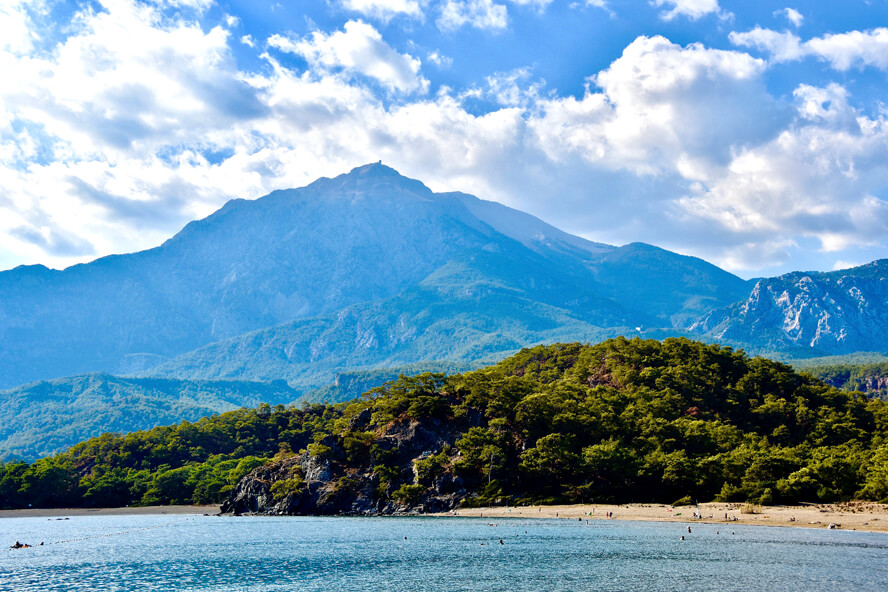 Not long after Mount Olympos is spotted we turn into the parking lot at the ruins of Phaselis which is now part of Olympos-Bey Mountains Shore National Park. Phaselis was founded in 700 BC by settlers from Rhodes who were impressed by its location on an isthmus between two sheltered coves. It immediately became an important trading port in the eastern Mediterranean. In a story familiar to all the Greek cities in Anatolia, it was captured by the Persians until liberated by the great Athenian general Cimon, after which it became a member of the Delian League. At some point, Alexander the Great came through and after his death, it was briefly under the control of the Egyptian Ptolemies before falling under Roman influence in 160 BC. Most of what we will see at Phaselis dates from the period of Roman rule.

It was a constant target of piratical raiders from almost the time it was founded. Eventually, by the time the Arabs got into the act in the 7th century, Phaselis had faded into relative obscurity with easier defended cities like Antalya coming to the fore. Unlike other major cities like Ephesus and Miletus, Phaselis was not on a river that eventually silted up and the ruins between the two coves are among the most photogenic and romantic in Turkey. 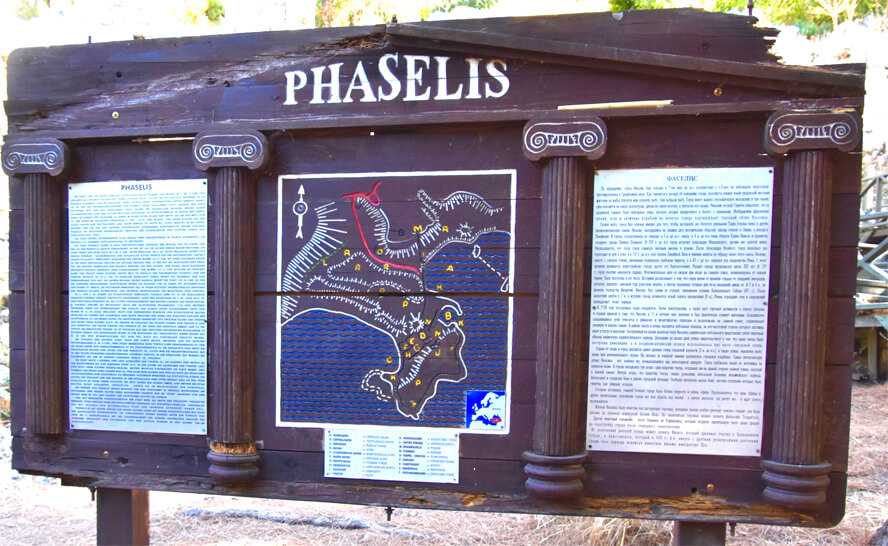 Yasemin explains much of the above history to us before this map of the site with about twenty identified ruins.

I cannot help but notice that there are more people visiting Phaselis than just about anywhere we have been outside of Istanbul. There seems to be a combination of tourists like us and locals who are taking advantage of the two coves to swim and picnic. I also notice for the first time a number of vehicles with Russian license plates. 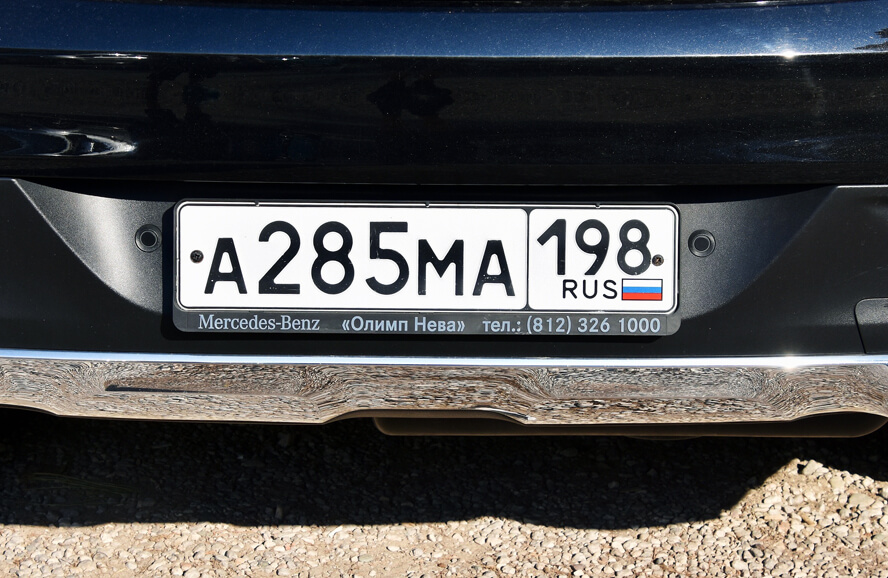 Phaselis is not a large site compared to Ephesus and most of the ruins are located on either side of the main thoroughfare that runs from the south cove near the parking lot to the north cove from where I took the photo of Mount Olympos. What makes it different from most other archaeological sites where you get baked by the sun are the large pine trees that provide shade and add an aroma of pine scent during your visit. Here is Yasemin leading our group between the two coves. 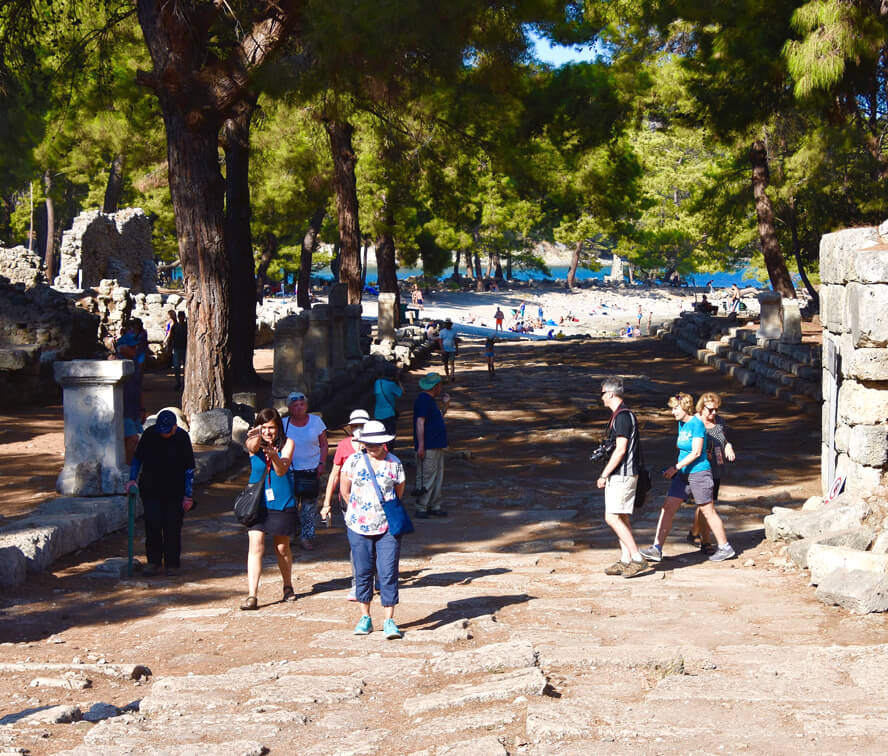 The most notable ruin at Phaselis is probably that of the aqueduct, the building of which the Romans are justly famous. Although this is by no means a large or even very long aqueduct, its proportions are perfect and its location amid the trees makes it as picturesque as these things get. 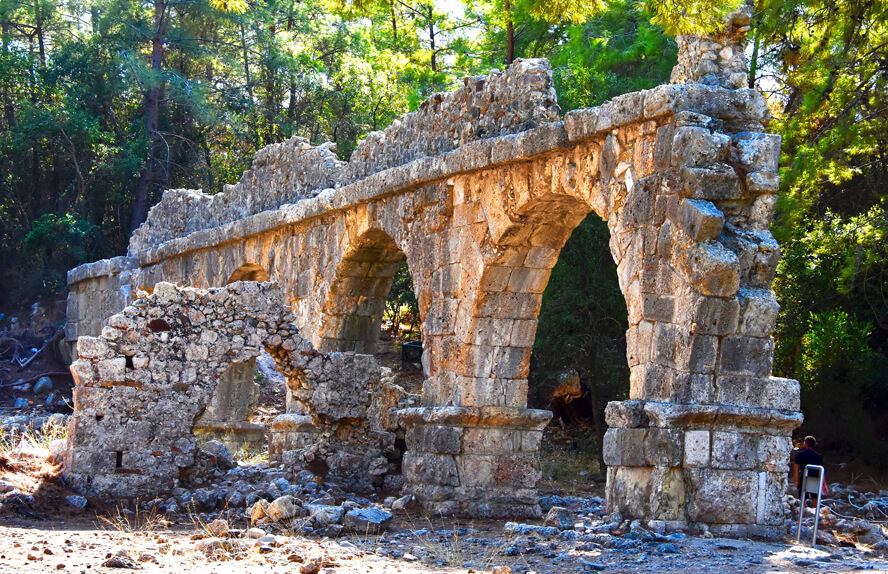 There are fragments of the aqueduct found throughout the site. 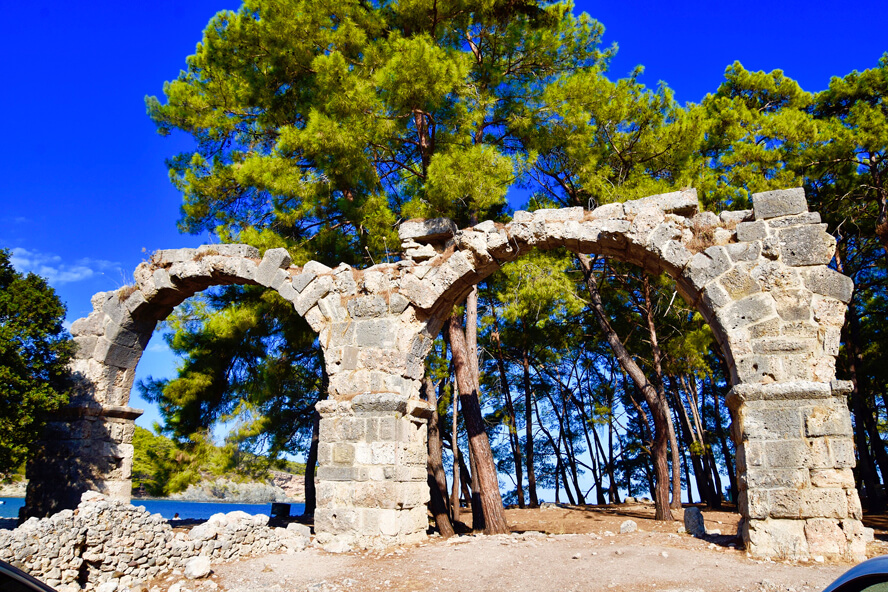 This is another view of the main street that gives a better idea of just how well-forested the ruins of Phaselis are. 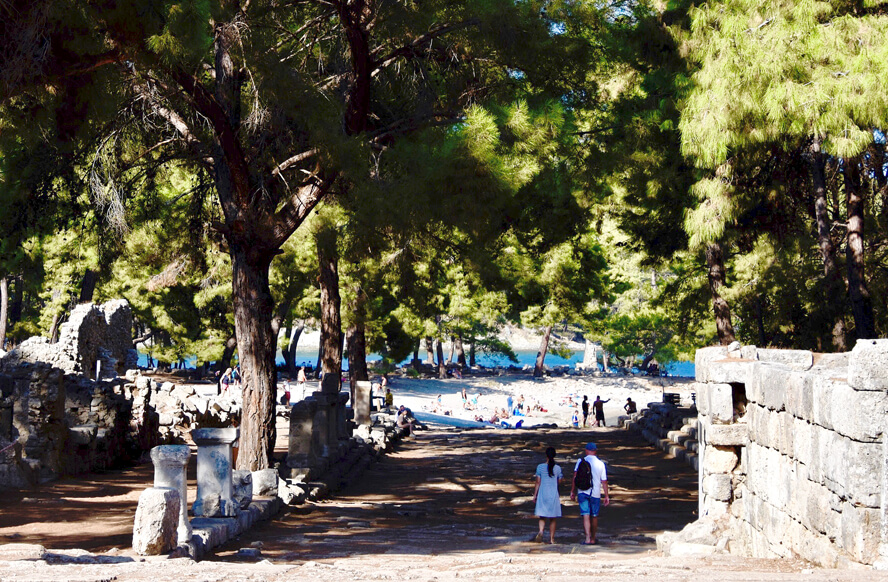 There is a small theatre that is almost tucked away off the main thoroughfare and if not for Yasemin pointing out its location you could actually miss it. 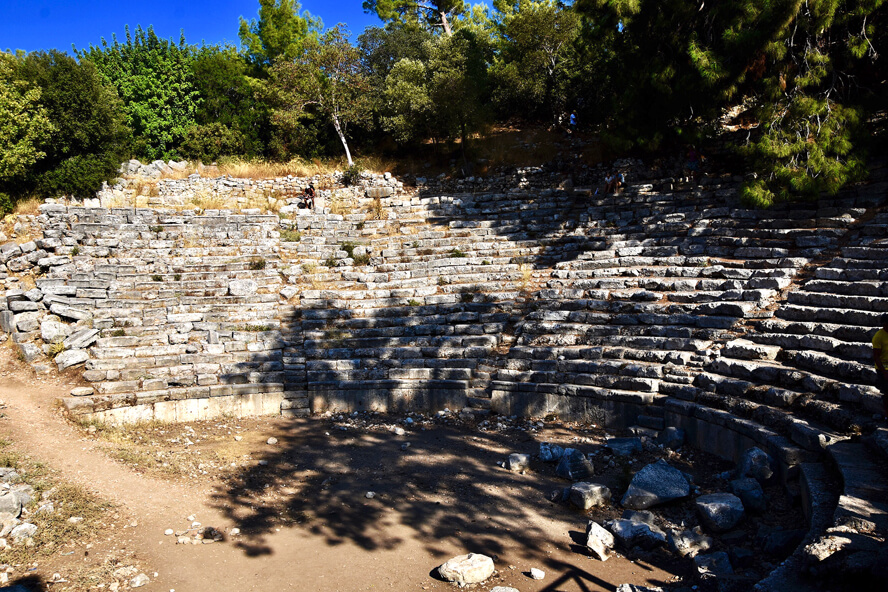 Other ruins at Phaselis include a number of small, presumably private baths. 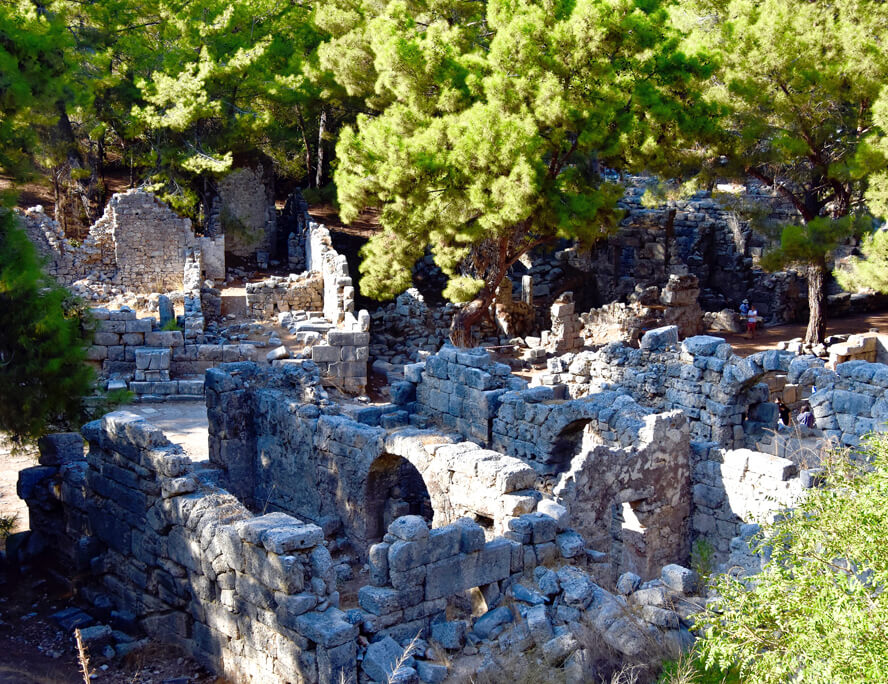 More Ruins in the Pines

Inside you can still see the circular disks that were stacked and over which the floor stones would be laid allowing for the circulation of warm air underneath. 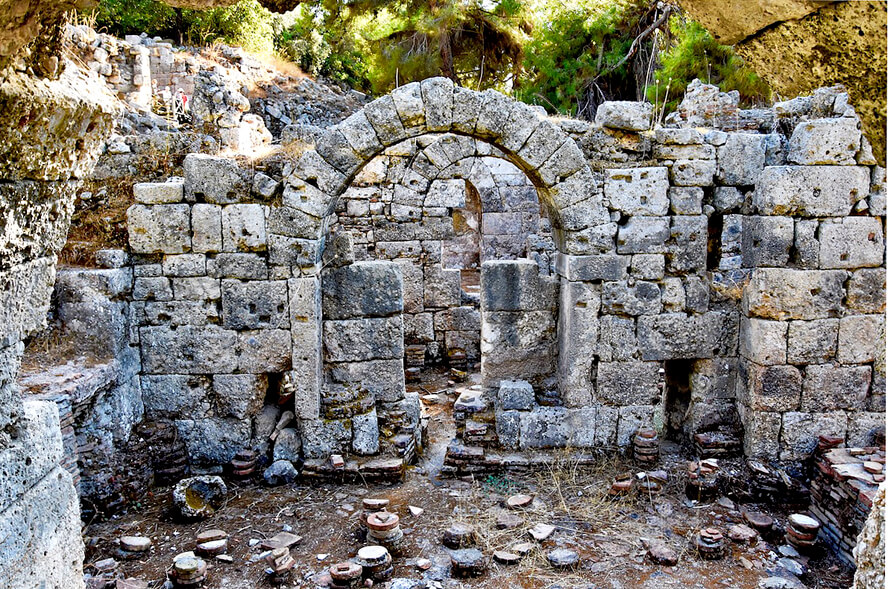 In addition to the theatre and baths, there are a couple of small agoras as well, this one built by the emperor Domitian. 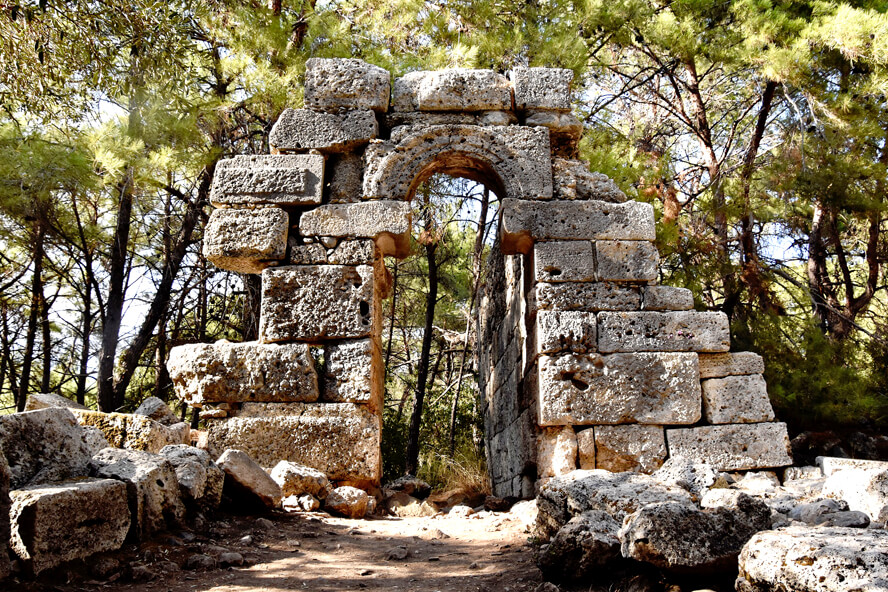 At the end of the main street, we came out at north cove where a lot of people were enjoying a day at the beach with the Taurus Mountains in the background. 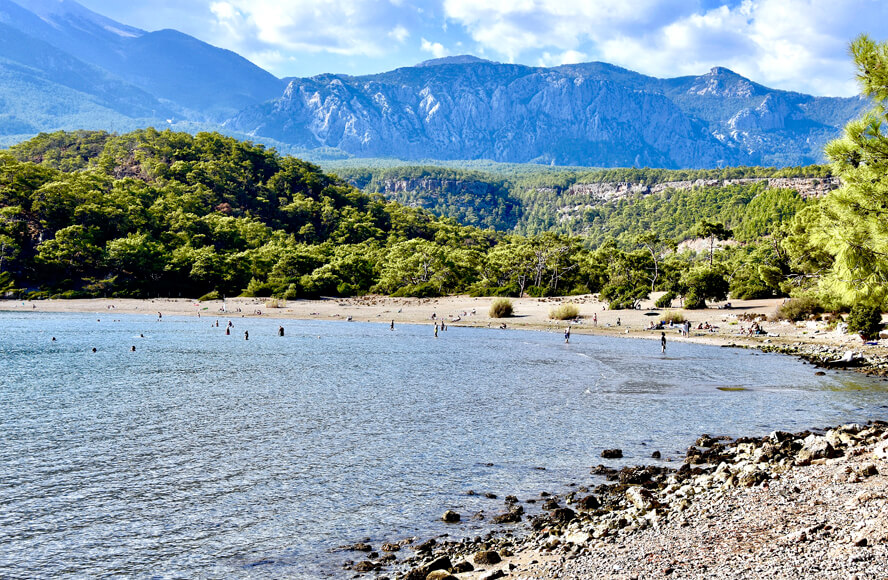 One of Two Beaches at Phaselis

Retracing our steps to the south cove I took this photo of Alison sitting on a fallen pine tree with the Mediterranean in the background as a reminder of this short, but memorable trip to Phaselis. 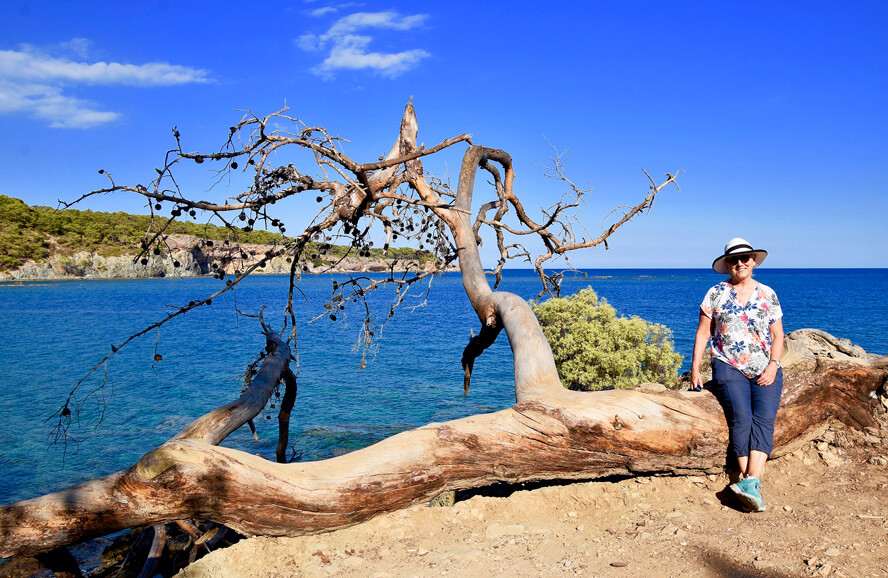 In the next post, we'll move on to Antalya where we will spend a few days before finally leaving the Mediterranean and heading inland toward Cappadocia.