8 days from Lima to Lima 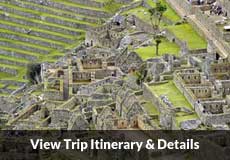 10 days from Lima to Lima 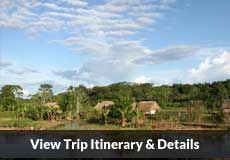 11 days from Lima to Lima

On this Peru tour, as our plane glides over the 2,000 year old Nazca Lines, we can hear about some of the theories as to why the ancient Nazca people… Read more 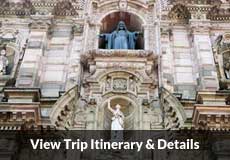 13 days from Lima to Lima

This itinerary combines our Classic Peru tour with two extensions: Nazca & Ica, as well as to the Peruvian Amazon for a highlight packed, extremely… Read more 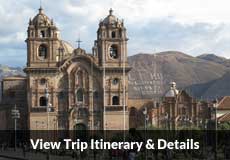 14 days from Lima to La Paz

Landing in Lima, once dubbed 'City of Kings' by Spanish conquistadors, we begin our Peru & Bolivia Tour, a 14-day adventure through western and… Read more 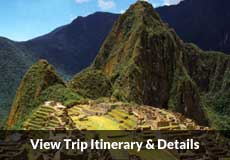 14 days from Lima to Quito 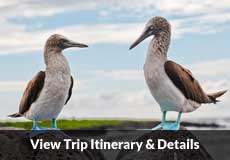 17 days from Lima to La Paz 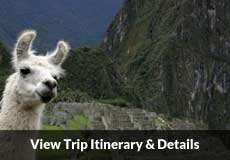 PE13 Peru & The Galapagos Tour With The Nazca Lines

17 days from Lima to Quito 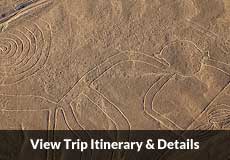 21 days from Lima to Santiago

We've been offering tours to Peru and Chile for years, but it has been a long time since we offered an itinerary featuring both in one incredibly… Read more 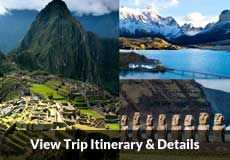 22 days from Quito to Lima

Enjoy a varied sample of the abundance of South America as we travel to Ecuador, Peru and the Galapagos Islands on this exiting three-week Ecuador &… Read more 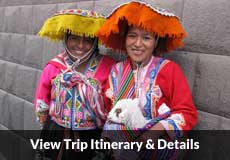 26 days from Quito to Lima

For a comprehensive overview of the diversity and splendour of nature in South America, this thrilling Ecuador & Peru tour is definitely the one to… Read more 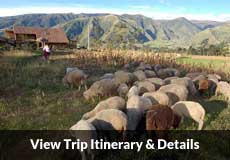 28 days from Quito to La Paz

Nestled in the shadows of the Pichincha volcano high in the Andes, Ecuador's capital city, Quito, boasts a wealth of attraction and a natural… Read more 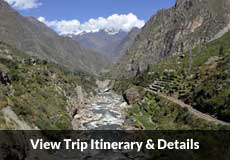 28 days from Lima to Guayaquil

Lima, or 'The City of the Kings' as it was dubbed by Spanish conquistadors, is a city that enjoys world-renowned fame for its abundant attractions… Read more 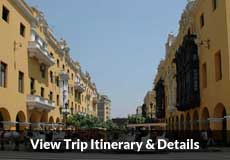 31 days from Lima to Guayaquil

Peru's capital city was once called 'The City of Kings' by Spanish conquistadors and it is here that we begin our 28-day Peru, Bolivia & Ecuador Tour… Read more 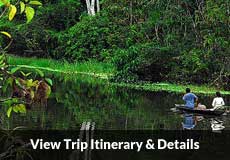 32 days from Quito to La Paz

Pristine tropical jungle, exotic flora and teeming fauna serve as the most picturesque introduction to South America, as we begin our 36-day Ecuador,… Read more 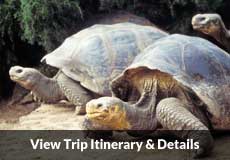 32 days from Lima to Quito

Home to more than one-third of the country's population, Lima is the must-see commercial and cultural hub of Peru and we take the initial couple of… Read more 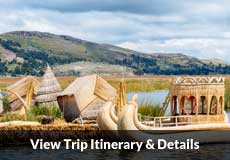 35 days from Lima to Quito 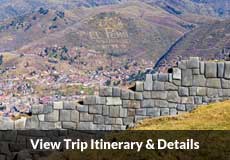 Peru Guided Tours: The mere mention of Peru usually brings to mind images of an ancient citadel, perched on the Andes and shrouded in mystery. Machu Picchu, the lost city of the Incas, is indeed one of the most beautiful places in the world and a true highlight of our Peru guided tours, but the country holds so many more intriguing sights and customs.

For thousands of years, pre-Columbian civilizations ruled throughout Peru, the oldest dating back to 9,000 BC. Beyond the sacred valley of the Incas or Urubamba Valley, Peru guided tours take in visits to the museums of Lima to better understand the complex and sophisticated nature of many more lost civilizations. Gaze upon the remains of the Nazca civilizations, the 2,000 year old Nazca lines, comprised of about three hundred figures made of straight lines and geometric shapes, most clearly visible from the air.

Northern Peru boasts a unique and fascinating cultural history. The entire region is dotted with archeological sites; many of the gold and silver artifacts, ceramics and weavings made by the Chimu, Moche and Sican people are housed in the Sican and the Royal Tomb of Sipan museums.

Geographically speaking, Peru is home to a spectacular array of landscapes. From the narrow and arid Pacific coastline to the soaring peaks of the Andes which reach over 6700m in Peru, and the vasts stretches of Amazon rainforests found within Peru's jungles.

One of the favourite stops on our Peru guided tours is near the 'White City' of Arequipa, Colca Canyon. This canyon cuts 3,182 m (10,607 ft) into the earth which is twice the depth of the Grand Canyon in Arizona. The Colca Canyon is shadowed by snow-capped mountains, many of them volcanoes, and sliced by the Colca River.

Elsewhere, the turquoise blue of Lake Titicaca, is a sight to behold. The lake is massive, and is the border for Peru and Bolivia. Traces of a rich Indian past still stubbornly cling, resisting the Spanish conquistadors' aggressive campaign to erase Inca and pre-Inca cultures and, in recent times, the lure of modernization.

Ballestas Islands is often described as Peru's answer to the Galapagos. The islands have been eroded to form countless natural caves and arches. In fact, this is where the islands' name comes from as the word Ballesta means 'bow' (as in archery). There are colonies of thousands of seabirds such as pelicans, Inca terns and cormorants, as well as a small colony of Humboldt penguins, sea lions, and often schools of dolphin.

In the Peruvian Amazon, Madre de Dios is considered the biodiversity capital of Peru. Navigate by dugout canoe across a mirror-like oxbow lake that is home to the endangered giant river otter, blue and yellow macaw, red howler monkey, black caiman, and one of the world's biggest freshwater scaled fish, the paiche.

With a bounty of diversity in cultural history and geography, Peru has also become known as a country with a delicious variety in cuisine. Think ceviche, hearty stews, and fresh produce prepared in a way that reflects a mix of Spanish, indigenous, Asian, and African influence. If variety is the spice of life, than Peru has plenty of it to go around.