14 days from Helsinki to Bergen

This spectacular 15-day Nordic Explorer tour to the Nordic countries is a perfect opportunity to see what kind of treasures lie along the Baltic Sea.… Read more 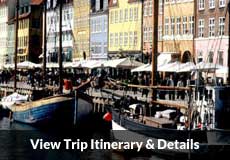 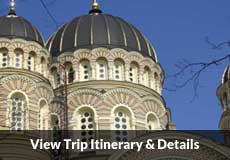 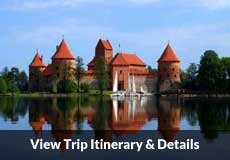 Whether arriving in this Scandinavian country in search of Viking histories, medieval cities, seaside castles, or a boat trip along the archipelago, Sweden tends to leave a lasting impression of elegance and intrigue among its visitors. Our Sweden tours take in the very best of this northern nation, combining the adventure with other Nordic countries to best compare and contrast the neighbours.

Sweden is a nation made up of thousands of islands and lakes, with the waterways dominating its way of life beyond the boreal forested landscape. The Swedish Viking Age lasted for nearly three centuries, with both maritime and land explorations reaching most of the Baltic nations and trade is thought to stretch as far as Baghdad with a recent find of an Arabic ring in a Norse grave in Sweden. Viking histories are far reaching within Sweden, with their actions commemorated among the runestones across the country.

Our Sweden tours focus on the urban areas, as roughly 85% of the country tends to reside within these areas with Stockholm being among the most populated. With its location on the east coast of Sweden at the mouth of Lake Malaren by the Stockholm archipelago, the city is widely renowned for its beauty. Three islands make up the oldest part of Stockholm: Riddarholmen, Staden and Helgeandsholmen. The whole history-riddled mass a cluster of seventeenth- and eighteenth-century Renaissance buildings backed by narrow medieval alleys.

During the 17th century, Sweden emerged as a great power within Europe conquering nearly a third of the Holy Roman Empire. The wealth accumulated over the next centuries as well as during the trading boom within the Swedish East India Company, allowed Sweden to build grand cities at home.

Perhaps best displayed in the Old Town and Royal Palace which was built in 1697, Stockholm has had a ruling monarchy for centuries that has found a home in this 600 room palace. Slightly more modern is Stockholm's City Hall, where the controversial Blue Hall and the Golden Chamber sit with its 18 million mosaic tiles, known to the entire world from the annual traditional Nobel Prize banquets. While in Stockholm, our Sweden tours depart on a boat tour around some of Stockholm's 14 islands passing through the narrow and picturesque canals that lead to the sea, and offer a glimpse of Stockholm's inner archipelago: the Fjaderholm islands.

While in the city, it is hard to miss the simplistic and clean style amongst the residents. Not known to be too over the top, instead form and function are the strongest values with many buildings and people displaying a fine balance of moderation, practicality, and order.

Once out in the countryside, Swedish cosmopolitan style with uniform buildings give way to variety and rustic design. With near endless sunshine during the summer months and cold dark winters, Sweden stretches as north as the 69th parallel to beyond the arctic circle.

Far north, day to day life feels unlike any of that found south. It is the traditionally nomadic Sami people, the reindeer herders of the north, who are indigenous folk who live a far different culture than to those found within cities such as Stockholm. But it is that variety of people, landscapes, culture and climate that make Sweden so interesting.