It’s often thought that in the worlds wildest places, the best views are only accessible to those willing to push themselves to the limits. Patagonia, found at the tip of South America straddling the borders of Chile and Argentina while following the spine of the Andes to their southern reaches, is often thought of one of those wild places which rewards only the fittest. It isn’t true. 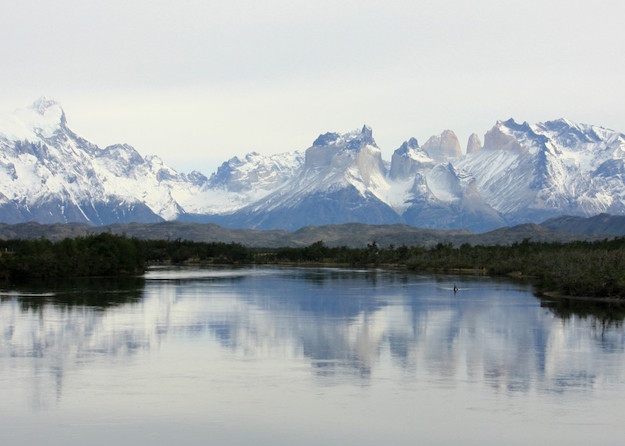 Yes, there are world famous hikes which require a great deal of stamina, but there are plenty of places to get lost in the beauty of the landscape while being awestruck by their surroundings without going too far off the beaten path.

On the Adventures Abroad tour to Patagonia, a journey through Chile and Argentina, the trip is full of stunning views for all skill levels. Here is a list of a few of my favourite places we visit: 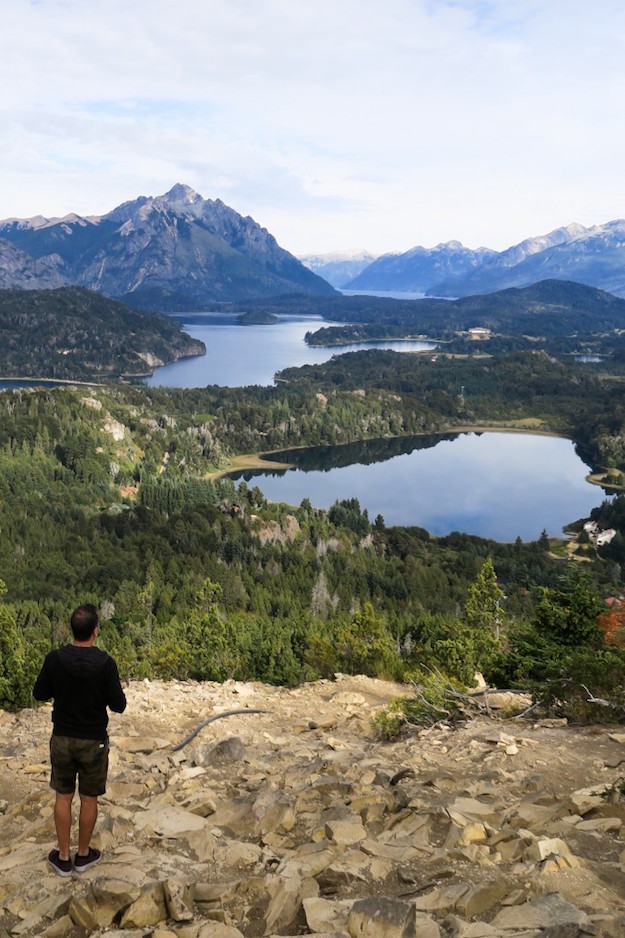 This picturesque region in the northwest region of Patagonia in Argentina is very popular with hikers and travellers.

At the northern reach of Patagonia lies an Argentine town reminiscent of a Swiss-German village. Alpine architecture and chocolate shops pepper the town built on the shores of the cold Lake Nahuel Huapi.  Acting as the gateway to the Lakes District, Bariloche attracts visitors for world-class biking, hiking, and kayaking routes.

Join us as we drive the 60km loop road from Bariloche towards the Llao Llao Hotel near Nahuel Huapi National Park. The drive will be dominated with viewpoints featuring snow-capped mountains used as ski hills in the winter time and pristine lakes resting in the valleys filled with trees. For a chance to get a birds-eye view, we take the chairlift at Cerro Campanario to get a 360-degree view of the area. It’s quite astonishing to see little of the landscape has been changed from its natural state.

After a quick admiration, get up close to the beautiful forests that make the Lake District area so special.  The area experiences a quick transition from little to exceptional levels of rainfall with the Valdivian Rainforest beginning right at the boundary of 2500mm annual rainfall.  There are several strolls to admire the temperate rainforest with vine canes, lush vegetation, mostly beech trees but also the cinnamon coloured arrayanes tree. 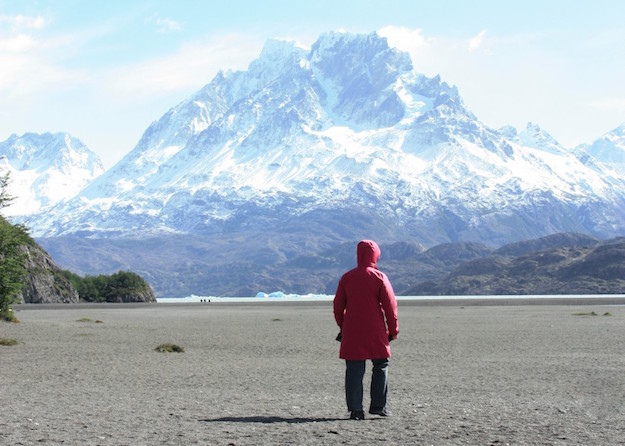 The Grey Glacier feeds Lago Grey, and one can often spot icebergs in the lake.

Famed for its granite pillars that soar 2000m almost vertically that is flanked by the horns called Los Cuernos, the Torres del Paine massif in Chile is one of the most recognizable in the world. The peaks which rise out of the Patagonia steppe are surrounded by turquoise lakes, roaring waterfalls, serene rivers, and glaciers that fall from the largest icefield in South America.

Beyond the treks which circumnavigate the massif and require many days of hiking, there are plenty of ways to enjoy the views from all angles. To enjoy wandering within the grasslands and beech forests that the guanacos (a camel-like creature) call home, join our day tour to really get the most of this remote park.

A quick walk along Lago Grey to view Grey Glacier is a must. While the size of the glacier is in rapid decline, the rocky shores of the lake itself are home to impressive views of the Paine Massif and Grey Glacier in the distance. Keep an eye out for the large icebergs often found in the lake.

After this, continue on the places such as Salto Grande to witness the intensity of meltwater crashing down in the rapid-like waterfall. From this trail, follow the markers for a one-hour return trip to Lake Nordenskjöld which provides a never-ending and impressive view of the Cuernos as you get extremely close to the massif.

For those who like a little meal with their viewpoints, make sure you pause at Camping Petrohue for lunch and try to have either a breakfast or dinner near Rio Serrano to get postcard ready photos with lakeside or riverside reflections of the massif. 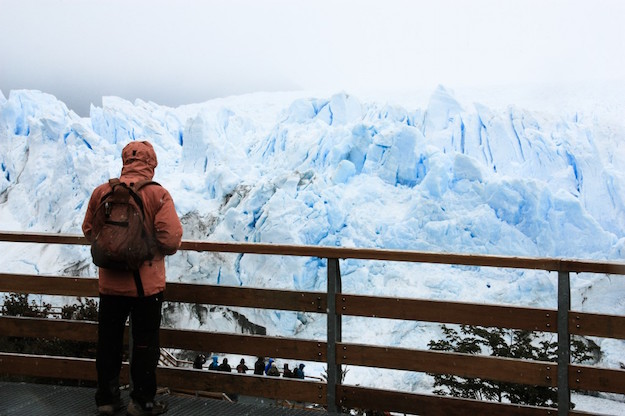 When a national park is named for its glaciers, you know that scenes of ice will be dominating the landscape. Found on the eastern slopes of the southern Andes in Argentina, near to the Chilean border, this area is best accessed through the resort town of El Calafate.

The main attraction of this park is Perito Moreno Glacier, accessible by car and an easy boardwalk to various viewpoints along the glacier’s 60m high face. Due to the weather, Perito Moreno is an advancing glacier that regularly and thunderously calves into the lake that laps at its feet.

While climbing onto the glacier is possible with assistance with a guide, my personal preference is a full day cruise along Lago Argentino. Navigate the iceberg-filled channels near Upsala Glacier and come face to face with Spegazzini Glacier for some truly stunning views. 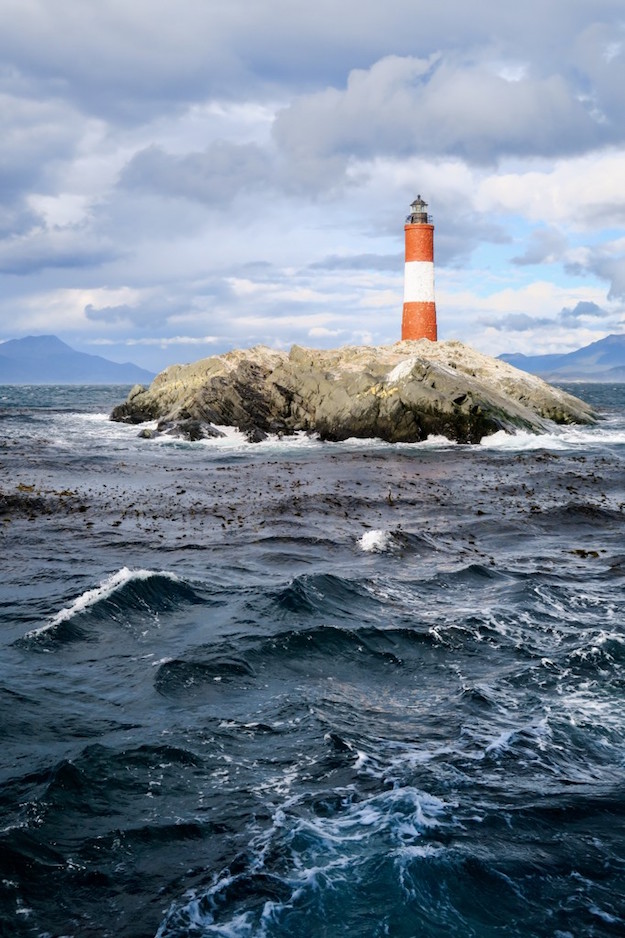 The Les Eclaireurs Lighthouse is an iconic lighthouse in operation since December 1920 and is referred to by Argentinians as the “Lighthouse at the End of the World.”

Affectionately known as the end of the earth, access the Argentine portion of the territory through Ushuaia city where most Antarctica cruises depart from. The isolation of the southernmost city in the world is immediately felt, with the northern mountains dramatically rising to nearly 1500m and the icy waters of the Beagle Channel cutting the city off from the rest of the world.

In Tierra del Fuego park, a park named after the first European explorers spied countless fires which were set by the native locals to keep themselves warm, there are plenty of viewpoints worthy of exploration.  Besides the sign that indicates the bottom of the world and southern end of the Pan-American Highway, the nature reserve is home to hundreds of birds and a subarctic forest. Don’t miss the short trail with plenty of bird watching opportunities at De La Isla trail on Lapataia Bay.

The chance to cruise the Beagle Channel should not be missed, as this shipping lane was one of the maritime world’s most important discoveries before the building of the Panama Canal. Follow the iconic lighthouses in search for southern right whales, humpbacks, blue whales, grey whales, southern minks, southern sei, southern fins, and sea lions. While it’s hard to look anywhere above the deep blue waters of the channel, soaring above are birds such as cormorants and albatross which are regularly spotted and islands inhabited by Magellanic penguins which can be visited. Best of all, all this wildlife with a backdrop of snow-capped peaks.

If you are interested in visiting these places, all photos were taken on a recent tour of Argentina and Chile to Patagonia. Learn more about these fascinating South American countries - Chile and Argentina.