The Best of Brazil Tour - A Quick Photo Journey

As the world changes, so do our tours. We've recently improved our best of Brazil tour, allowing more time to explore and enjoy the top sights. Our first run at the improved version ran in February and was hailed a success. Despite venturing to Brazil in what was supposed to be the rainy season, our group was gifted with sunny skies the entire trip. 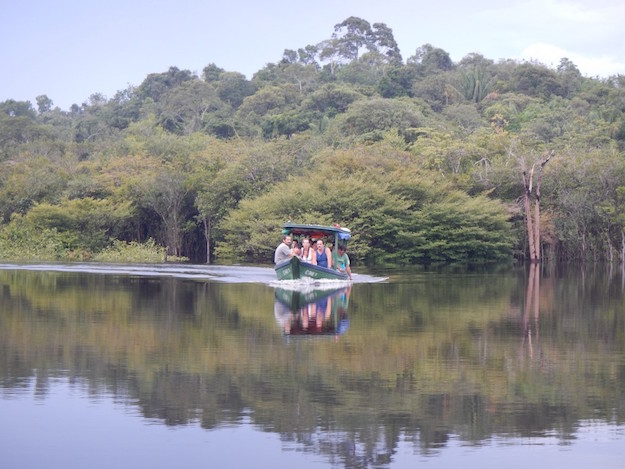 For the first portion of the updated Brazil tour, we take you to an Amazon Lodge outside of the city of Manaus and inside the Amazon Rainforest. Explorations into the jungle are taken by boat and by foot with binoculars and cameras at the ready in case of any wildlife opportunities. From the Amazon, we make our way south with a pause at Brasilia, the capital city. 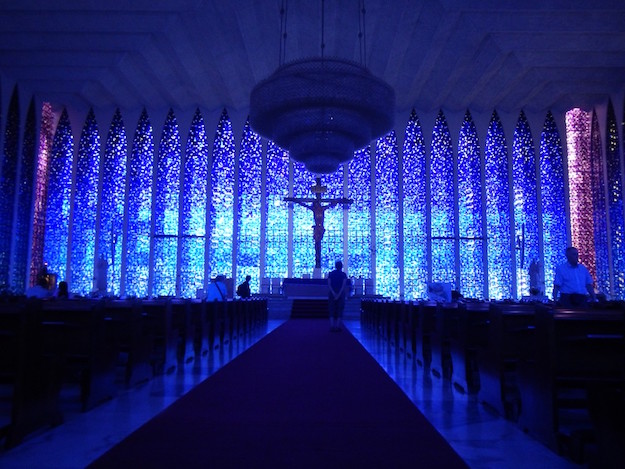 The main feature of the Dom Bosco Sanctuary, located in Brazil’s capital of Brasilia, is the stunning blue stained glass, covering 2,200 square feet, in 12 different shades. At night the amazing chandelier, 5 metres in diameter and constructed from 7,400 pieces of Murano glass, casts its light on Santuario Dom Bosco.

Once a model town, this clearly 1960s creation is a social and architectural design experiment. We spend the day roaming from colossal political monuments to cement and stain glass churches, learning about Brazil's modern history before moving to its largest wetland, the Pantanal. 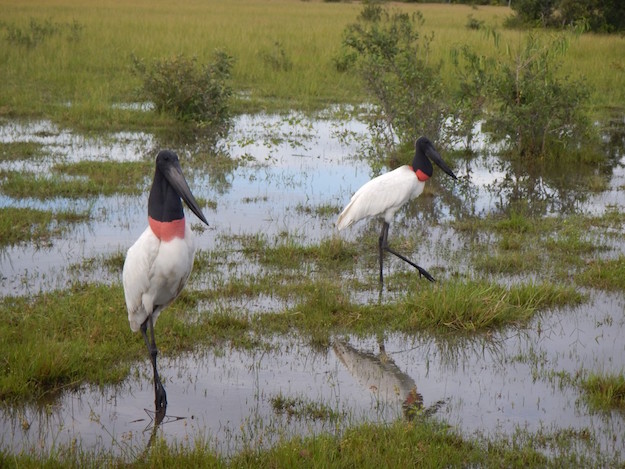 The Jabiru, in the stork family, is the tallest flying bird in South America, reaching up to 1.4 metres tall and a massive wingspan up to 2.6 metres!

Birders rejoice as we set up at a ranch for a few nights rest. Farmers take us to explore the sprawling grounds by foot, horse, and boat. Toucans, parrots, and anteaters are just a few of the friendly animals found in this part of Brazil and likely encounters. 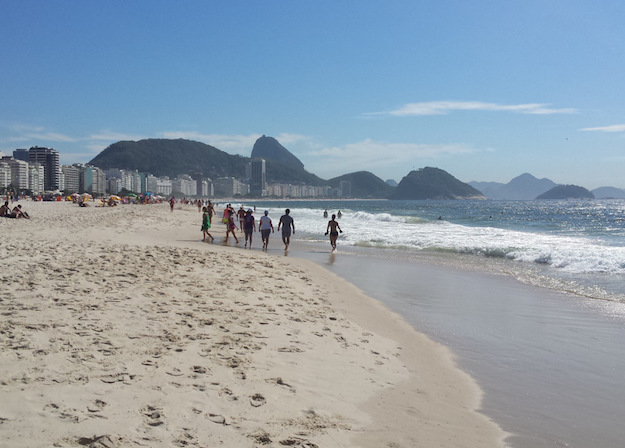 When thinking of Rio de Janeiro, most people think either of beaches or Carnaval do Rio de Janeiro. Rio’s most famous beaches are Copacabana, 4 kilometres long and very popular, and Ipanema, set in front of an upscale neighbourhood. If you like an endless beach, there is always Barra da Tijuca, which is nearly 18 kilometres long!

After our rural get-a-way, our journey continues to the big city of Brazil where we enjoy all the famous sites. From the beaches to the Cristo, our tour of Rio includes a fully guided tour of all the iconic spots. 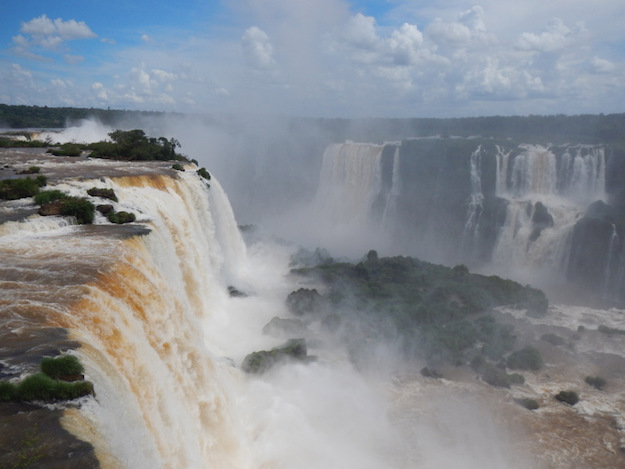 The meaning of Iguazu Falls in the Guarani language is ‘big water’ and that name is accurate. This waterfall, located on the Brazil and Argentina border, is the sixth largest waterfall on Earth by flow. With 275 separate cascades, Iguazu Falls stretches 2.7 kilometres. The area is a UNESCO World Heritage site, and is sometimes spelled as Iguacu Falls.

Last but not least, our tour finishes with a roar. The roaring waterfall that is. Of all the large waterfalls in the world, Iguazu Falls (sometimes spelled Iguacu) usually ranks number one as the people's favourite. We take in the falls from all sides and get soaked by the mist in the meantime.

Join us on our next tour of Brazil, with departures in October and February.

Published on 25 June 2015
< Lessons From Ancient Greece
An Extraordinary Adventure In The Canadian Arctic >
Recent Blog Posts
Phaselis - Romantic Forested Ruins by the Sea
Myra - Visiting the Home of St. Nicholas
Te Moana - A Great Introduction to Tahiti
The Turquoise Coast by Boat
Fethiye to Kas - Lycian Tombs and a Great Market
French Polynesia with Adventures Abroad
Can't find what you're looking for?